Started to cut down the garden the other day. I am loath to start but its such a big job that I knew I had to. No more procrastinating. So I started to at least get rid of the obviously finished, which felt more like pruning. Actually more like lolling about, watching the light, storing up scents and a little work.
Posted by Liz Davidson / Artist Notebook at 6:32 AM 3 comments:

For the last few weeks we have had wonderfully foggy, misty mornings. If it doesn't turn to rain, the fog or mist usually burns off by 7.30 or 8 am. Perfectly timed for John and I to drink our coffee while enjoying the show.

Posted by Liz Davidson / Artist Notebook at 6:34 AM No comments:

The Fall Equinox has come and gone; ahead lies the monastery door of winter. Dawn wakens me at 6 am instead of 4.30 am, and lying in bed this morning, watching the mist or low cloud come and go, lighting the maple outside the windows, reminded me, once again, all is change. The 1st window is at the bottom of the bed, the maple tree slowing putting on her party clothes, while I have to move my head to see out the second window where the hills and mountain come in and out of existence.

Posted by Liz Davidson / Artist Notebook at 6:18 AM 7 comments:

Yesterday, while rescuing a turtle who wanted to cross the road, I noticed that some of the milkweed pods had burst, flinging their seeds about. The design is so ingenious. Each seed is attached to silky fibers that allow the seed to be carried about by any gentle or not so gentle breeze.  I'll try to get some shots of the pod breaking open because how the seeds and silk are arranged is wondrous.

On another note, I wanted to say that this is the last week-end for the exhibition of Ryszart Litwiniuk and Moi at Gallery Arts Sutton. The show closes Sunday at 5pm. Directions and gallery hours are HERE.

Posted by Liz Davidson / Artist Notebook at 6:20 AM 2 comments:

For the last 10 years we have been keeping our eyes and ears on the 2 old cherry trees just out side the studios. They have been hit by lightning a few times and Jack [our wonderful tree-man] had wired them together. JB had filled in their splits and every storm we would get anxious, very anxious. We did not want them landing on the studio roof. Well, finally a few months ago we spoke with Jack who agreed their time had come. He would have to limb them, carefully lowering each section. So when we arrived home the light was different over the house, Jack had taken down most of one. [1st photo] Monday morning he was back to take down the other, and as you can see from the photos, this is a man who loves what he does. He loves the climbing, the hanging aloft, he tells us he has even slept in a tree. You couldn't pay me to climb that high. The garden will love having so much more light and I am really happy that we had planted trees years ago, at the base of the old cherries, to replace them. So now the oak and maple have the room they need, the garden more light and we don't have to worry every time the wind blows hard.

Posted by Liz Davidson / Artist Notebook at 6:40 AM No comments:

We just picked up Zoe and we are all home again. The trip to Toronto for John's opening was wonderful, The show looks terrific [thanks Odon, Nicolas and all the Wagner "family"] and is getting lovely feedback and sales.Yea! We got to see some old friends, make some new friends, and celebrate Mrs. B's 99th birthday surrounded by 4 generations. Thank-you all, and as they say there is no place like home.

Posted by Liz Davidson / Artist Notebook at 10:45 AM 2 comments:

It's time to start cutting back the garden. I try to wait for the first frost because the colours can be glorious, but its a big garden and I don't always have time to wait. Thought we might get a frost Sunday night as it was 2 C [37 F]  and a full moon. Usually I'm pretty good about deadheading but this year I've let some things go . Like the day lilies, and am I ever glad. Here are the seed pods, looking like rib cages. The structure of the pod is a marvel and as they dry, the skin disintegrates so that the seed is released.

Posted by Liz Davidson / Artist Notebook at 6:10 AM 6 comments:

The nights have been clear and crispy walking Zoe under the almost full moon; while the days start off cool and foggy before becoming piercingly clear and warm. It's so beautiful, this time of year. The David Austin roses have started their final flush. Their colour is richer with the cooler weather and the scent, mixed in phlox and hydrangeas whispers in my ear 'It's almost over". I let all the roses form hips now; no more deadheading, and as I was walking about noticed my Heritage Rose had just lost her petals.  Took these shots of her. You have to admit she is quite the drama queen.

Posted by Liz Davidson / Artist Notebook at 7:09 AM 2 comments:

There is a gala in town this Saturday night to celebrate the re-opening of the Coeur du Village  [The heart of the Village] also known as Salle André et Gérard Pelletier. For the past month, teams of people have been involved in a big renovation project. New stage and lighting, moving things around and generally making much better use of the space. It's an amazing place, music of all kinds, theater, dance, movies; their programming is terrific. Something for everyone. Which is where the Chair project comes in. They are replacing the old wooden chairs with comfortable PADDED ones and so a group of us decided to take the old chairs and find, coerce, beg, whatever, 50 artists, writers, poets, musicians to paint a chair which will be auctioned off next May to raise money for the hall. To start the project, Michael Hynes, a musician, and I collaborated on the first chair to be auctioned at Saturday nights gala. Now Michael is a composer as well as a pianist so he gave me his unfinished score of a work called Apophenia. I had to look that word up in the dictionary and it is the experience of seeing meaningful patterns or connections in random or meaningless data. My part was to take the score, which I might add was about 30 pages, not numbered, of lots of squiggles and dots, and some words, and fashion it into a chair. I must admit I was hoping to be able to make enough sense of the score to play even a part and get an idea of the music. No such luck. So I scanned and tore, glued and coloured, and generally played until the chair was Unfinished.  Michael and I will do another chair for next May with his finished work Apophenia and I will Finish another chair. 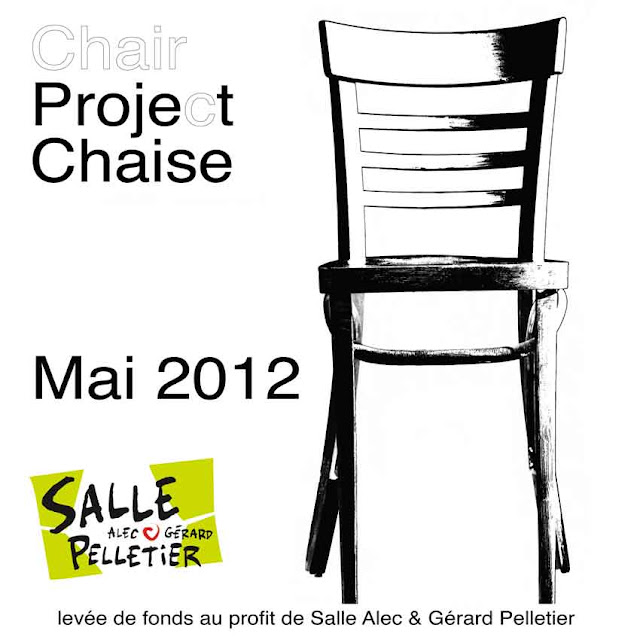 Posted by Liz Davidson / Artist Notebook at 6:49 AM 2 comments:

Email ThisBlogThis!Share to TwitterShare to FacebookShare to Pinterest
Labels: a, Apophenia, Michael Hynes, The Chair project

Ever since I was a child I have loved Sumacs. As kids, my best friends, the twins and I used to make forts and houses under the grove of sumac in their back yard. What I loved most was how velvety the stems and stocks were. [Their name Staghorn (R. typhina) refers to the antlers of a deer.] Well wandering around the pond, I bumped into the fruit. Now I am ashamed to say I never knew sumac made fruit. Really can't believe I never noticed them before. Guess I needed a bonk on the head, because once seen, never forgotten. The shapes are so phallic, this fruit holding all the seed. I always thought the seed heads were the reddish maroon candles on the upper branches that the birds love. I have been doing some research but have not found any reference to this fruit. Does anyone know about this?

Posted by Liz Davidson / Artist Notebook at 7:17 AM No comments:

Today is the last day of the fair and then it's all over for another year. It's a ritual in this part of the Townships. Labour Day Week-end = Brome Fair = Derby Burgers. All those years we were vegetarian and asked for burgers; "hold the meat, lot and lots of fried onions please". We got a lot of teasing but kept the ritual going.  John will probably spend part of Tuesday and Wednesday taking his zillionith photo of the empty buildings and grounds that are Brome Fair after the fair.  Brome Fair holds a special place in John's heart. It's probably the most powerful place in his universe, and every year he paints another Brome Fair painting. One year at an exhibition [after the painting was sold TG] a viewer remarked on how Agricultural was spelled. Apparently it was wrong. Mind you I had to run the word through spell check....I had it wrong too. He did one called Poultry, which of course we all called "a paltry painting" and this year it is 1st and 2nd Prize, of the award winning pumpkins [link here]. Thanks JB for letting me play with your images.

Posted by Liz Davidson / Artist Notebook at 6:27 AM 2 comments:

Driving into Sutton the other day, I saw where the cut grasses from the sides of the road had been swirled about by Irene's rains leaving garlands along the roadside. In places they were on top of the Pampas grass, as we call it; while in other spots the flow of the water had helped the grasses form structures like nests. I have tried to give you an idea of the garlands [bottom photos] wich I find very moving. it's as if the grasses had memory of their time in the water.

Posted by Liz Davidson / Artist Notebook at 8:57 AM 8 comments:

Everything Is Green Again

While I realize it is September, there is a part of me that does not want to give up the idea of summer. It doesn't matter that I sleep in 'till 6 am and walk the dog in the dark at 8 pm; my head is firmly in denial about the coming change of season. And with all the rain the garden is looking very green. Perhaps a slightly tired green but still green.

Posted by Liz Davidson / Artist Notebook at 7:03 AM 4 comments: